Change Up: The Pitch for a Strong Arm’s Lifetime 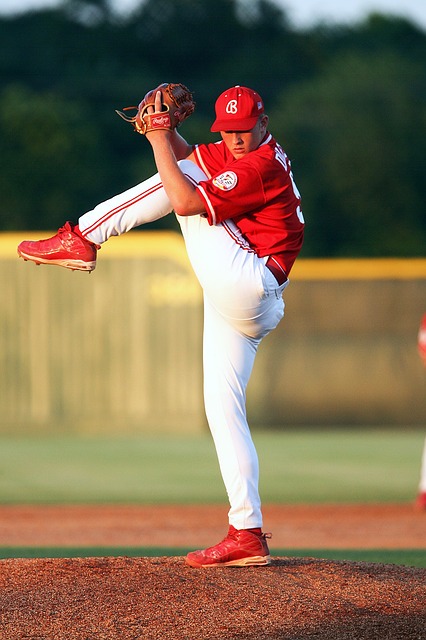 I have a vivid recollection of a great coach, John Scolinos of Cal Poly Pomona (CA), teaching our star national team Australian pitcher a change of pace pitch in about one minute. The reason the scene stays with me is because a week later the pitcher beat the World Champion Korean National Team at the under 19 World Championships with that same pitch.

Scolinos told the 18-year-old, “grip the ball with your fastball grip, turn the ball back slightly so that the second pads of your top fingers are touching the ball’s seams. When you release the pitch, see your five-year old sister at bat.”

Whether pitching to your little sister, a fellow youth player or a professional hitter, the concept of changing speeds among pitches is vital.

For example, coaches suggest that the fastball be thrown at three speeds: normal velocity that may be at 93-96 percent of maximum velocity; a BP fastball that is thrown at a lesser speed inducing the ball to be hit by a weak hitter; a fastball at 97-100% velocity may be thrown when the pitcher is ahead in the count.

The change up should also be used to destroy the hitter’s rhythm. The pitch should achieve a 10% velocity decrease, while having the hitter swing at the same arm action and release as the fastball. Pitchers desire that the ball be hit on a place on the bat other than the “sweet spot”. If the pitcher can throw a change up that appears to be a fastball, have the hitter swing and hit the ball for a slow grounder, the pitcher has done all that he can.

Another factor that bears on what to teach a young player is that ASMI (American Sports Medicine Institute) research regarding pitches shows that the change up produces less stress at the elbow and shoulder than the fastball, curveball and slider. For this reason alone the change up should be the second pitch taught to the youth pitcher.

While the change up should not replace the fastball as the pitcher’s primary pitch, for reasons of anatomical development of the pitcher and the resultant arm strength, it should in time become the youngster’s second pitch.

ASMI/ABF research shows that an average youth pitcher, ages 9 to 14, will pitch 370 game pitches during a spring season. The average amount of pitches per hitter is five. This means that the pitcher will face 74 hitters during the season.

If the local rules protect the pitcher by pitch count of approximately 75 pitches per game (our research suggests that at the 75 pitch level and above, there is a 35% increased risk of elbow pain and a 52% increased risk of shoulder pain), then he/she will face 12 hitters per game. The frequent use of the change up reduces stress at the joints and if thrown for strikes, could reduce pitch counts as the hitters’ ground and fly out.

Our experience with young pitchers here in the USA is that the youngster needs a couple of seasons to develop the fastball, then the addition of the change up with a frequency of one of every five pitches allows the change to become part of the pitcher’s tool kit as he/she matures.

So pick up the ball and pitch it to your little sister!

Reprinted with permission from http://www.baseballtips.com/articles/change-up-the-pitch-for-a-strong-arms-lifetime/